According to "Whois Rietumu.lv", Rietumu is owned by Rietumu Banka AS since 2019. Rietumu was registered with NIC-LV on January 01, 1970.

Earlier, Rietumu owners included A/S Rietumu Banka in 2014, Legal person in 2012 and Type: Legal person later that year and address none in 2011.

The current Rietumu.lv owner and other personalities/entities that used to own this domain in the past are listed below. 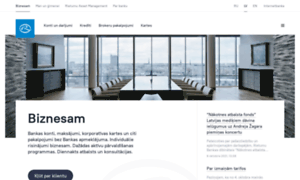 If you are Rietumu owner and would like to increase privacy protection level for your data - please, deal with NIC-LV which is your site’s registrar.