According to "Whois Imoti.net", Imoti is owned by GDPR Masked of GDPR Masked since 2018. Imoti was registered with PDR Ltd. d/b/a PublicDomainRegistry.com on March 03, 2000. GDPR Masked resides in GDPR Masked, Spain and their email is gdpr-masking@gdpr-masked.com.

The current Imoti.net owner and other personalities/entities that used to own this domain in the past are listed below. 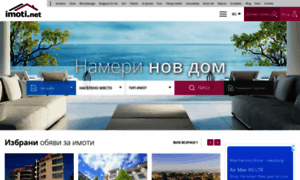 If you are Imoti owner and would like to increase privacy protection level for your data - please, deal with PDR Ltd. d/b/a PublicDomainRegistry.com which is your site’s registrar.